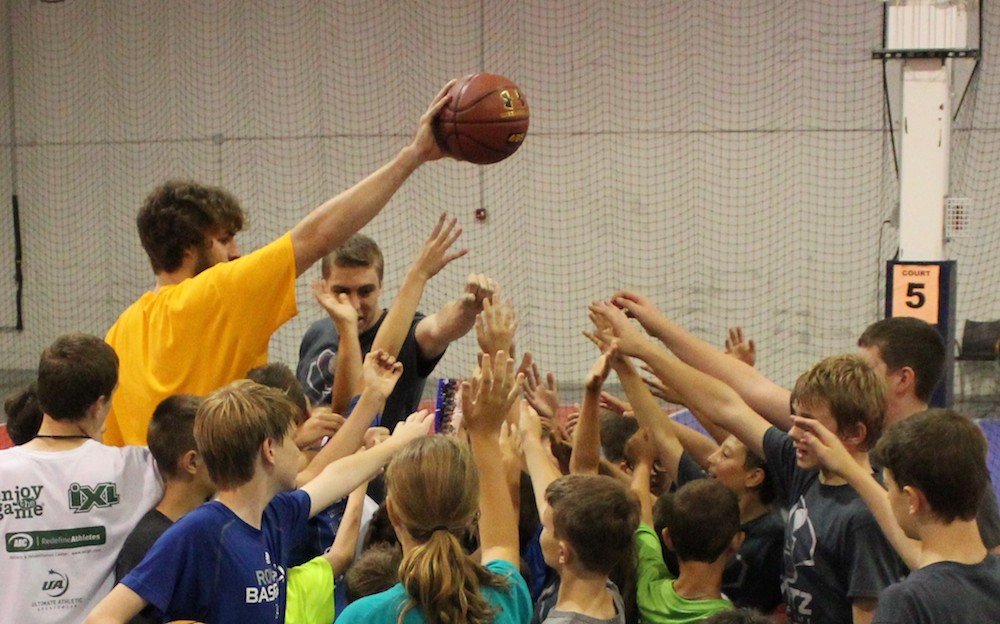 Here is a post from a dad who sent me an update on his son and SBA. If you want to share your story, simply go to the bottom of this post and submit a comment. Blessings – Bill

Our son Trent struggled greatly in 2nd grade with the game of basketball. He basically stood at halfcourt and watched everyone else play, rarely even touching the ball. For the next two years, he didn’t step on the court. In 5th & 6th grade, we insisted that he play on a rec team and in those two seasons, he scored one basket. In 7th grade, playing for a rec team, he scored a couple of dozen baskets during the entire season but he didn’t understand the game at all. To our surprise, in March 2014 he told us he wanted to make the 8th grade team. We knew he needed lots of help, so we began weekly sessions with Bill Stutz to work on his shooting and ball handling skills. Our son improved greatly over the months, with his skills and his confidence on the court. A few weeks ago, we found out that 94 kids at his school would be trying out for 20 spots on the 8th grade team. It’s with great joy and appreciation to Bill Stutz, our son made the team. We are 100% convinced he would not have fulfilled this dream without SBA. THANKS BILL…you are fantastic!!